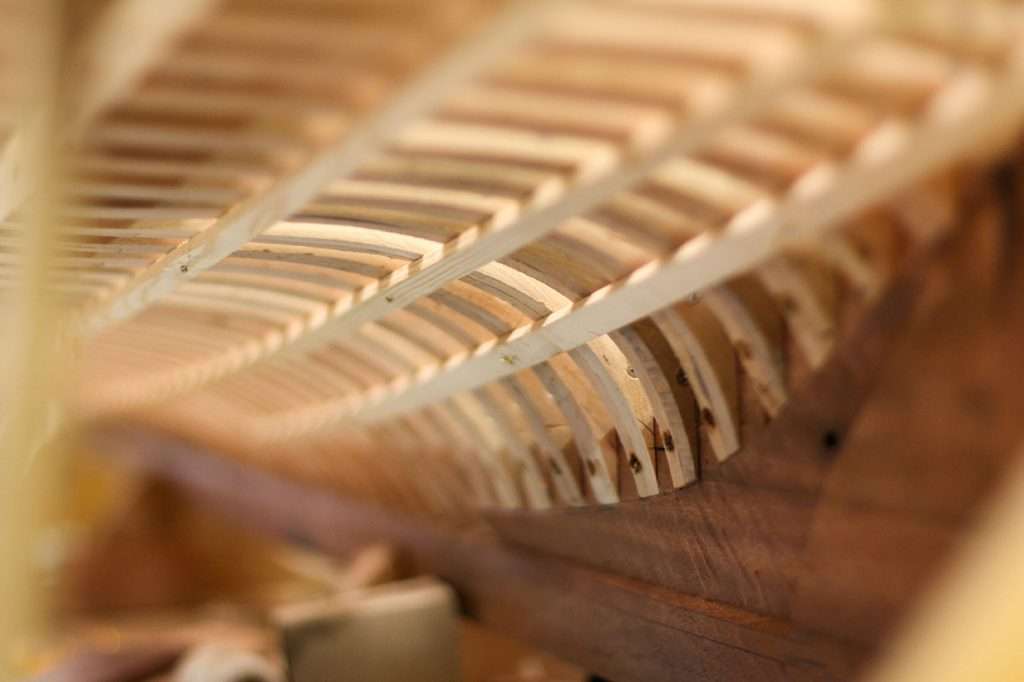 Located on the north coast in the island of Pico, facing São Jorge island, we have Santo Amaro, the land of boats. This parish did not have a bay or a naturally sheltered harbor. It also did not have a good ramp for the larger boats that were made there. However, for many years, the knowledge, the entrepreneurship and the hands needed for shipbuilding in wood were concentrated there. Santo Amaro is the great reference in the archipelago of the Azores when it comes to the craft of ships.

But the labor force, the men who for years had cut the trees and made the boats, were not all from Santo Amaro. Many came from other places of Pico island and also from the nearby island of São Jorge. Like master João Alberto das Neves, born in São Jorge, who came very early to work for Santo Amaro in the shipyards of master José Costa.

Today, Santo Amaro is no longer the land of shipbuilding from other times. The construction of wooden boats was deferred by the use of fiberglass construction boats and series production: cheaper and faster. The local production of boats was reduced to small fishing boats or to the maintenance of whaling boats.

Everything that master João Alberto learned was in Santo Amaro. He learned from other masters older than him. And he insists on teaching us this accumulated empirical knowledge, always mentioning his masters. He tells us that he learned “this” with master Januário de São Roque, “that” with master Gambão das Velas, and “more this” with master Rachinha da Calheta. And so on …

Today, he is the last master to own a shipyard that lived the heyday of shipbuilding in Santo Amaro. In the days when the famous “Blue Fleet” was built, the master built from scratch nine tuna vessels, about 30 meters long each (98 feet), such as the “Falcão do mar”, the “Pérola de Santa Cruz”, “Balaia “and the “Flor do Pico”. But he didn’t build them alone and once again he reminds all the men who worked with him in the different specialties.

Today, the master is building an extraordinary piece: a tuna boat on the 1:10 scale. It is a replica of the “Balaia”, as if it were a real ship. Thus, he is able to explain how boats were built in Santo Amaro, from the applied techniques, to the improvements introduced over time.

The four tuna boats mentioned above and built at master Joao Alberto’s shipyard continue to sail and fish in these seas. 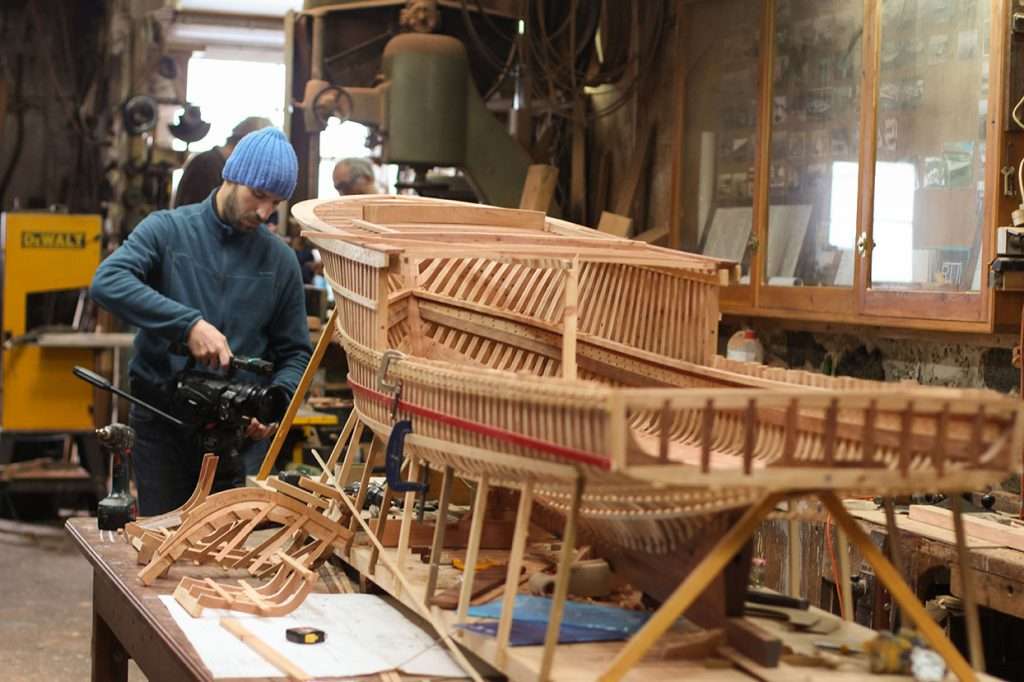 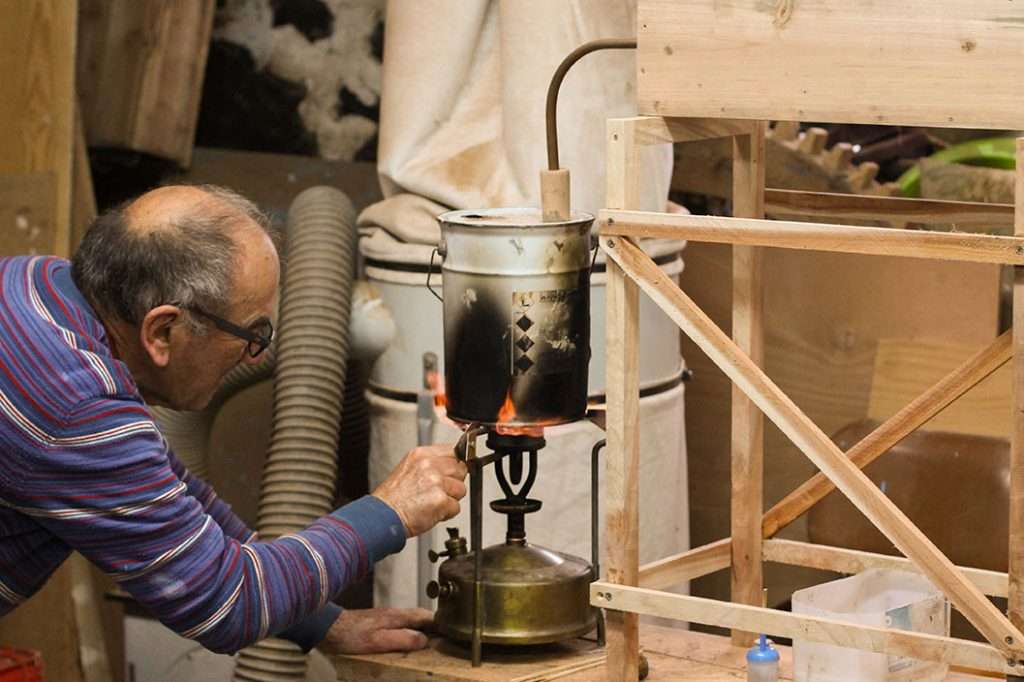 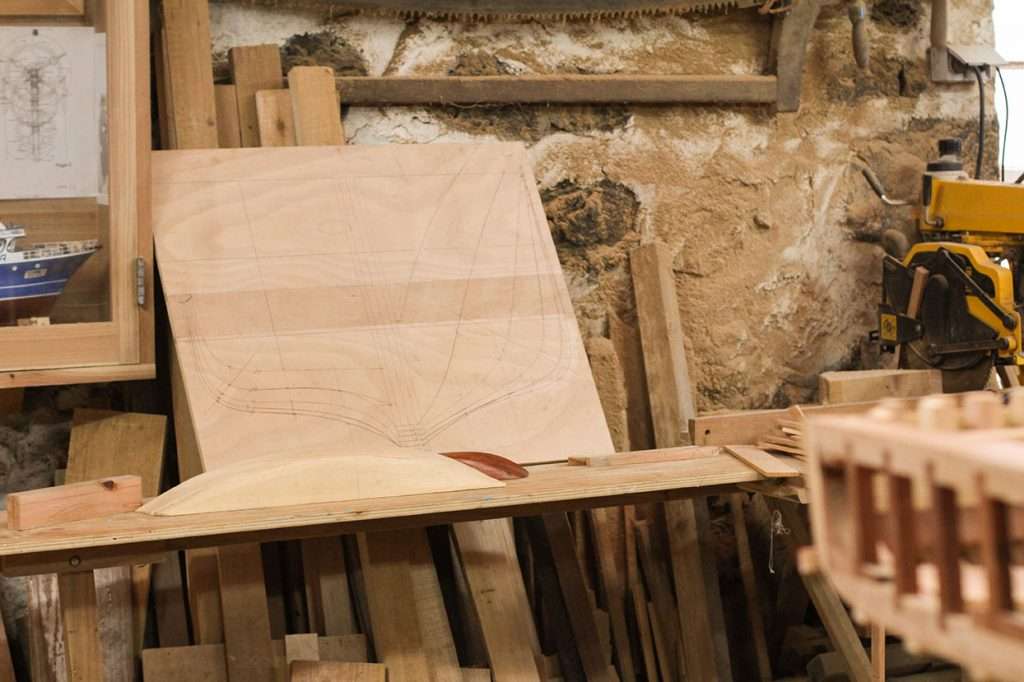 This site uses cookies to enable a better user experience. By browsing the site you are consenting to its use.Ok