Your shoes in our steps

Our Island is a travel agency and tour company in the Azores. Our mission is to provide responsible tourism in line with the search for sustainability and offer authentic and immersive experiences with local guides. Our tours and retreats are private and focus on culture, nature, and sport. The vast cultural knowledge of our tour guides will enrich your stay in the Azores and leave you with unique memories. Our enthusiasm to explore the charming beauty of the Azores is contagious. You will be welcomed by attentive hosts who will make your well-being a priority and who are committed to delivering a relaxed and fun holiday experience.

Our Island was born out of the desire of three friends to do what they know best: to share their experiences with people from all over the globe. 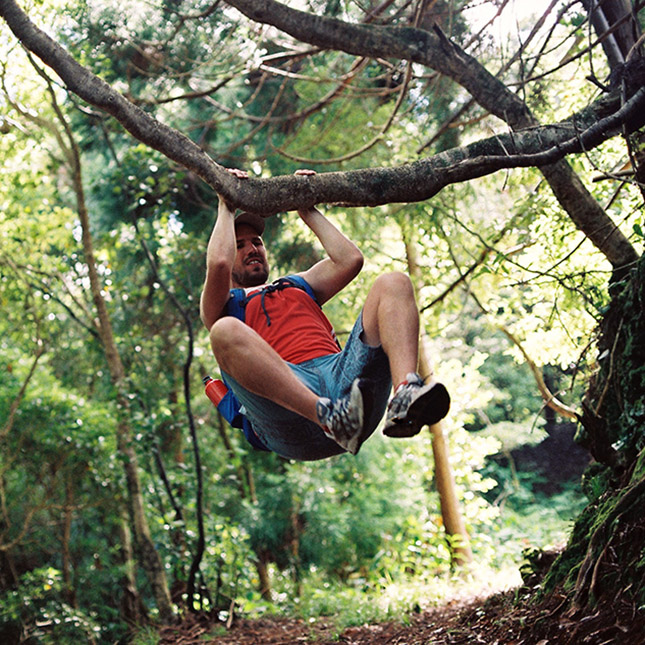 Luís is 38 years old and was born on Faial Island. He grew up surrounded by sea stories told by his grandfather, a whaler from Pico Island. This is how Luís fell in love with everything about the sea and its stories. He graduated with a degree in cinema and returned home to make a documentary about Azorean whalers. He is crazy about outdoor sports such as running, cycling, swimming, and rowing. Luís is also a natural-born nature adventurer and has been a professional guide in the Triangle Islands since 2013. He loves being able to share his knowledge about this little rock in the middle of the Atlantic that he calls home. 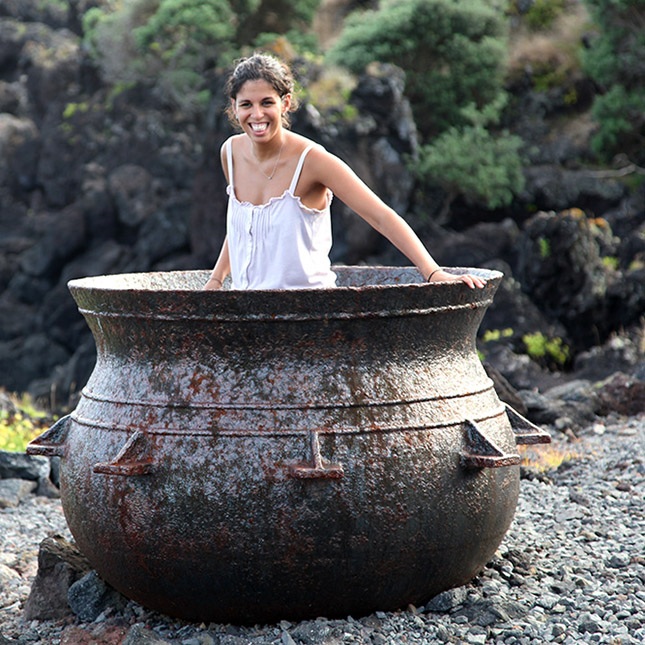 Rita is 34 years old and was born in Oporto. She studied cinema and first traveled to the Azores when she visited to shoot a film. Rita is a dreamer, eager to learn everything there is to learn and to visit different places. She has lived in many countries around the world and, although she loves to travel and see new places, the Triangle Islands are where she feels most at home. She describes the islands as a magical corner of the world and believes that they are imperative to visit. However, Rita doesn’t hide that Pico is her island of choice. Each time she steps on that volcanic soil, she realises how lucky she is that fate brought her to Pico. For Rita, the light of the islands is unlike anything she’s ever seen and she is always ready to catch those moments with her camera. 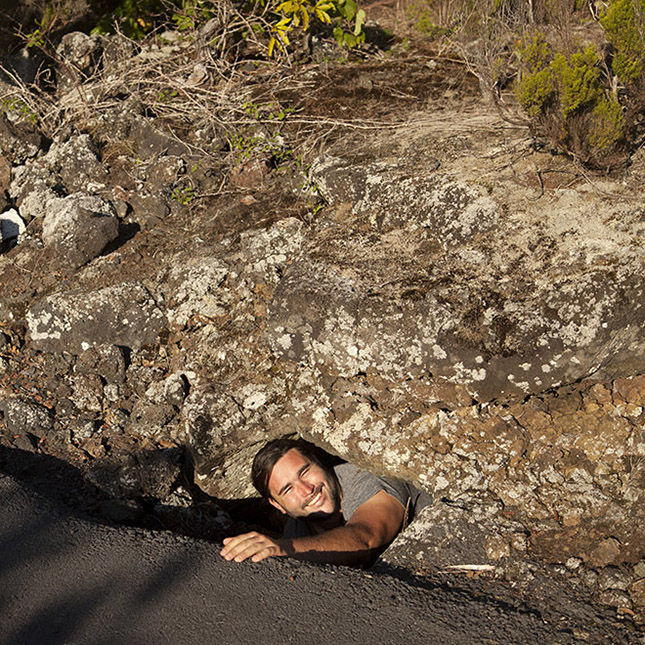 Pedro is 36 years old and is also from Faial. He is always in a good mood and has a huge heart. Pedro’s skills are endless; he’s a sailor, a fine cook, a photographer, a builder of wooden houses, a garden designer, an antique collector, and above all, an unparalleled host. Early on, he developed his sailing skills by getting his Maritime-tourism Operator Certification. Since then, Pedro has sailed across oceans. However, his passion for the nature and the culture of the Azores has always made him come back home, returning with untold stories of his adventures.

What makes this triangle special is the proximity of the islands, which are just a stone's throw away from one another

The Azorean Triangle Islands of Faial, Pico, and São Jorge are located in the central group Archipelago of the Azores. Faial was home to the most recent surface volcanic eruption in the Azores, Vulcão dos Capelinhos, in 1957. On Pico, you can find the most striking mountain of Portugal, which dominates the landscape. São Jorge has more than 80 Fajãs – small sea level flat areas located at the foot of the island’s high cliffs – along its coastline. Crossing the sea between these islands and learning about what distinguishes them is essential when it comes to uncovering the magic of the Triangle. The arrival of men to these islands gave rise to a history full of adventure, ingenuity, and courage. The isolation and natural harsh conditions of the islands have led to the development of a very distinct culture at each site.

The Marina da Horta in Faial has become a reference for sailors crossing the Atlantic. This is due to the beautiful bay of Horta that encloses the most sheltered harbor in the Azores. In Pico, the monks, who were among the first to inhabit the island, saw an opportunity to grow vineyards in the arid and unproductive basaltic landscape. This lead to the creation of a wide array of unique wines, such as the Verdelho do Pico. They also embellished the landscape by building thousands of small basalt walls to protect the vineyards from the occasionally harsh weather conditions. In São Jorge, due to the high altitude of the island, the Fajãs became a haven to escape from the winter storms. Due to the mild climate of the Fajãs, many families moved there to farm the land and to shelter the livestock during winter.

Today, ferry boats, new roads, and airlines allow us to easily reach the Triangle Islands and explore their cultural and natural heritage.